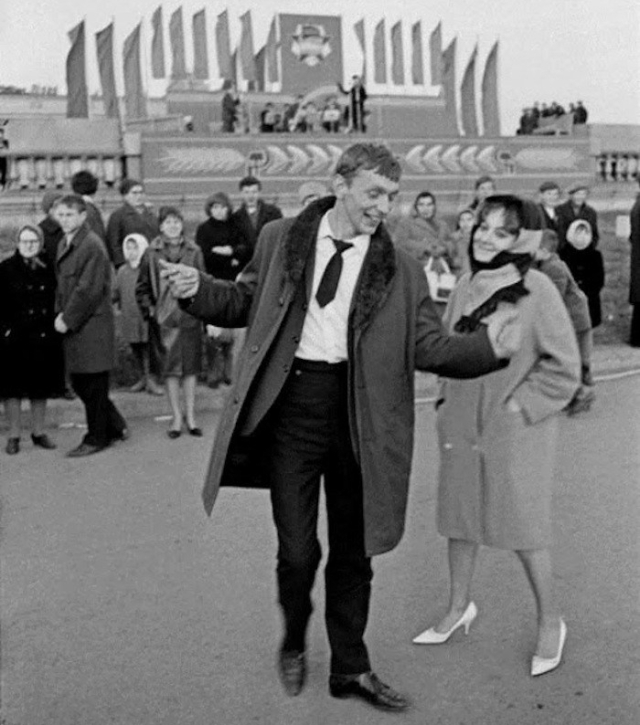 In the 40’s and 50’s an unexpected love of American culture blossomed in the Soviet Union. These young people were called “stilyagi.” The stilyagi were identified by their love of Western fashion and music. In Leningrad (and eventually Moscow) the stilyagi wore narrow trousers and long, unusually colored (by Soviet standards) jackets. They also wore their hair slicked back and hung out at jazz clubs. While the stilyagi alarmed some Soviets at the time, they did not pose a true political threat. James von Geldern from 17 Moments in Soviet History explains, “Yet their rebellion was purely stylistic, and had little explicit critique of the Stalinist order – either because of the fearsome penalties, or because intellectual horizons had become obscured.” The stilyagi did not have a wide base, but were rather made up of  the privileged youth in Moscow and Leningrad.

Novelist Vasily Aksyonov was considered the literary voice of the stilyagi. In his book, In Search of Melancholy Baby (1985), Aksyonov described his first encounters with the stilyagi movement. Aksyonov revealed his early affection for American music, fashion, and film. He loved artists such as Bing Crosby and Louis Armstrong. Aksyonov also recalled watching classic American films, such as Stagecoach, under false names. Aksyonov and his peers were able to watch these films when the authorities obtained the films from Germany after the war. These films were shown under false names (for example, Stagecoach was called “The Journey will be Dangerous”) because the authorities did not want to pay royalties when showing the films. When discussing his love for American movies Aksyonov wrote:

There was a period when we spoke to our friends almost entirely in quotes from American movies. One such friend, after becoming a high-ranking officer in the Soviet Air Force, confided in me, “Comrade Stalin made a big mistake by letting our generation see those films.” My friend was right: they provided one of the few windows to the outside world from our stinking Stalinist lair.

Aksyonov also pondered the reasons for the stilyagi’s affection for all things American. Aksyonov explained that the romance for the revolution did not resonate with his generation. After watching Stalin purge their parents, and being saved from starvation by American foodstuffs in the war, the stilyagi saw America as an ideal alternative to the harsh Soviet way of life. Aksyonov realized that this obsession with America was idealized, but he recalled that it had roots in their “anti-revolutionary character.” He even said that he and his fellow stilyagi had more affection for the white soldiers of the civil war than the red soldiers.

Aksyonov had his own reasons for his disillusion with Soviet life. His parents were once high Communist Party officials, but were removed to concentration camps in 1937 during Stalin’s purges. He spent much of his childhood in an orphanage and later, in exile in Magadan with his mother. Aksyonov went to medical school in Leningrad, graduating in 1956. He initially worked as a doctor and pursued writing on the side. Aksyonov wrote many novels in his life but, “A Starry Ticket” and “Oranges from Morocco,” which depicted the stilyagi lifestyle, are what brought him fame. Aksyonov was exiled in 1980 when he bypassed censors by publishing his novel, “The Burn,” in Italy. Aksyonov moved to America and had a successful career teaching Russian Literature. He died in 2009 at age 76. 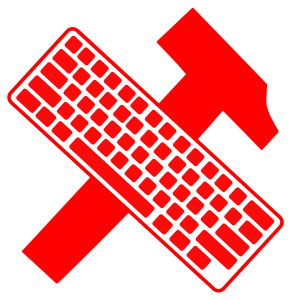 This post received a “Comrade’s Corner” award from the editorial team.

4 thoughts on “Vasily Aksyonov and the stilyagi movement”

This work is licensed under a Creative Commons Attribution 4.0 International License

My name is Kathryn and I am a Political Science student at Virginia Tech. This blog contains posts I created in my 20th Century Russia history class during the 2018 spring semester. You can view my class’s blog here: http://amynelson.net/soviethistorys18/
I hope you enjoy my blog!